Earlier in the week, my wife made mayonnaise from scratch and we had leftover egg whites. A bunch of them.  When we had left over egg whites before, one of my friends on Facebook suggested that I make meringues.  So, some quick Google searches led me to Elana's Pantry where I found both a meringue recipe and a coconut macaroon recipe. Her website has lots of gluten free, grain free, dairy free and paleo recipes, so its a great resource for my cooking adventures. 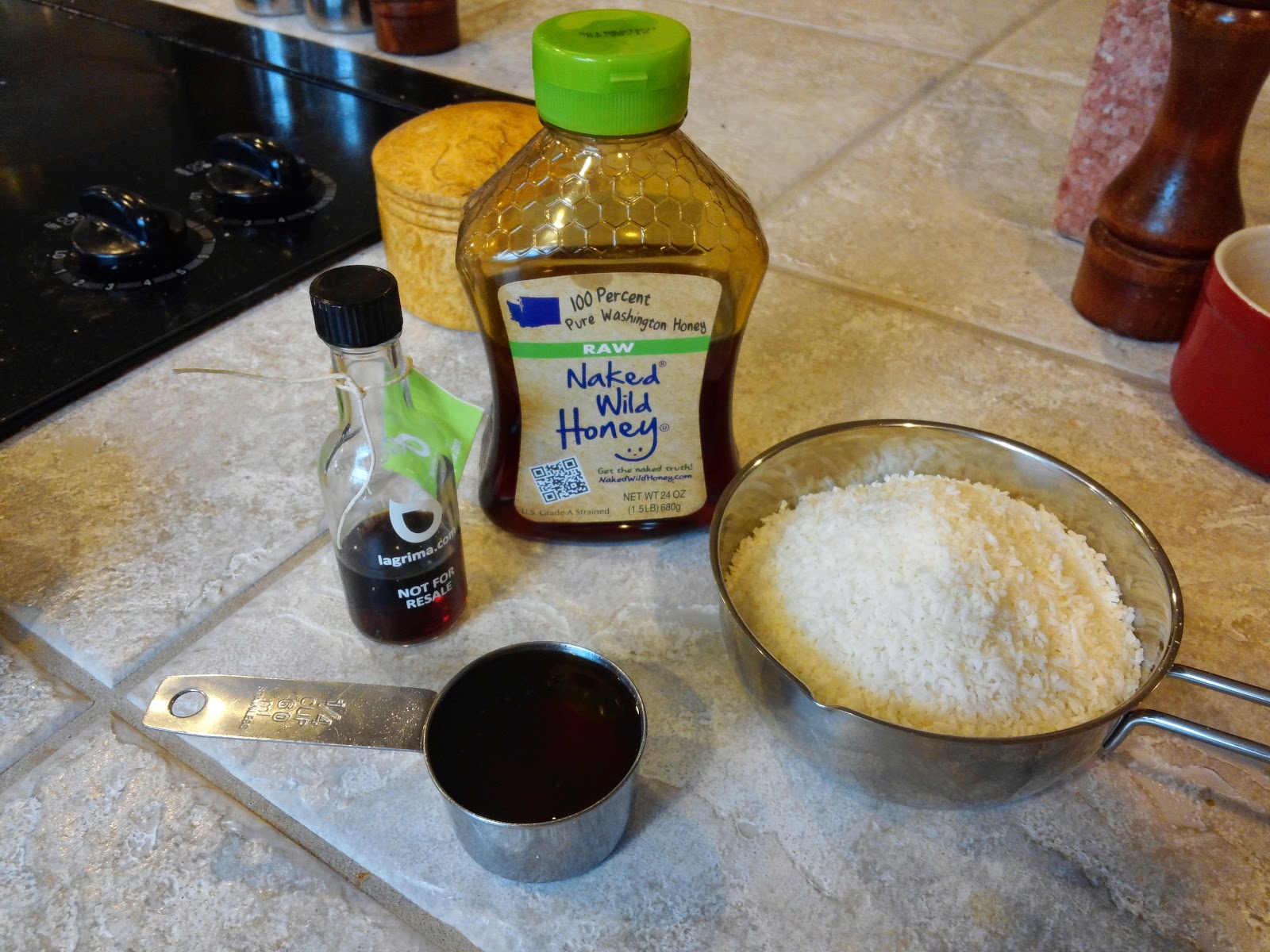 Both recipes are easy to make only require a few ingredients. The macaroons were quick to make and quick to bake. I'm an early riser, so they were prepared and baked before everybody else was awake.  My idea was to make them for dessert tonight. 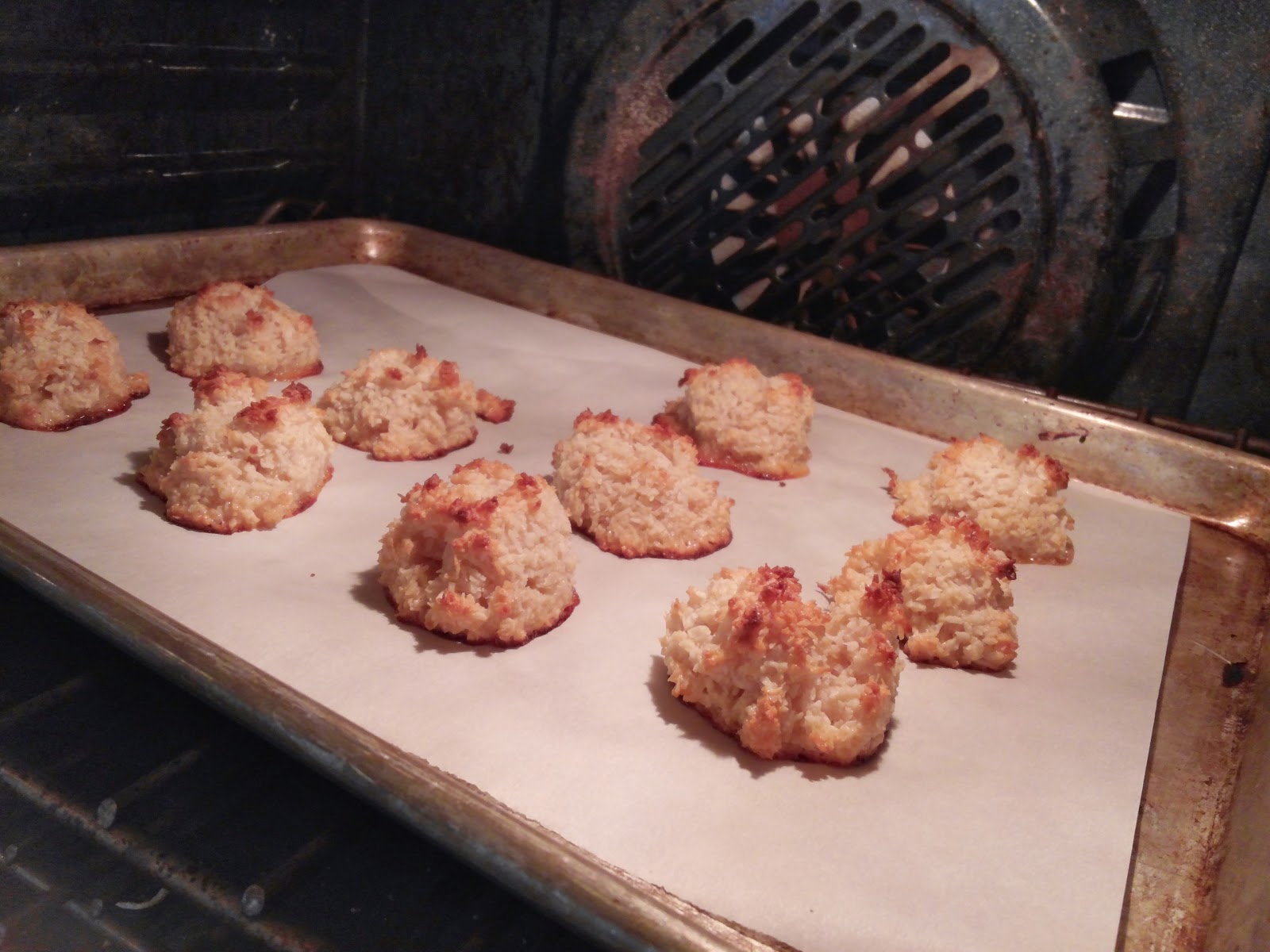 While they were cooling on the counter, the rest of my family started to wake up. "I only made 10 macaroons, that's two for each of us for dessert.  If you eat them before, then there are less for you for dessert."

It's 5pm as I write this and four macaroons have been eaten, one of them even for breakfast.

It was kind of awesome because I made new friends on the internet today and inspired me to make the meringues too.

We traded some tweets, shared the links to Elana's pantry and after CrossFit, I made meringues too.  They're easy to make, egg whites and maple syrup, but they take two hours to bake, and then an hour to cool. 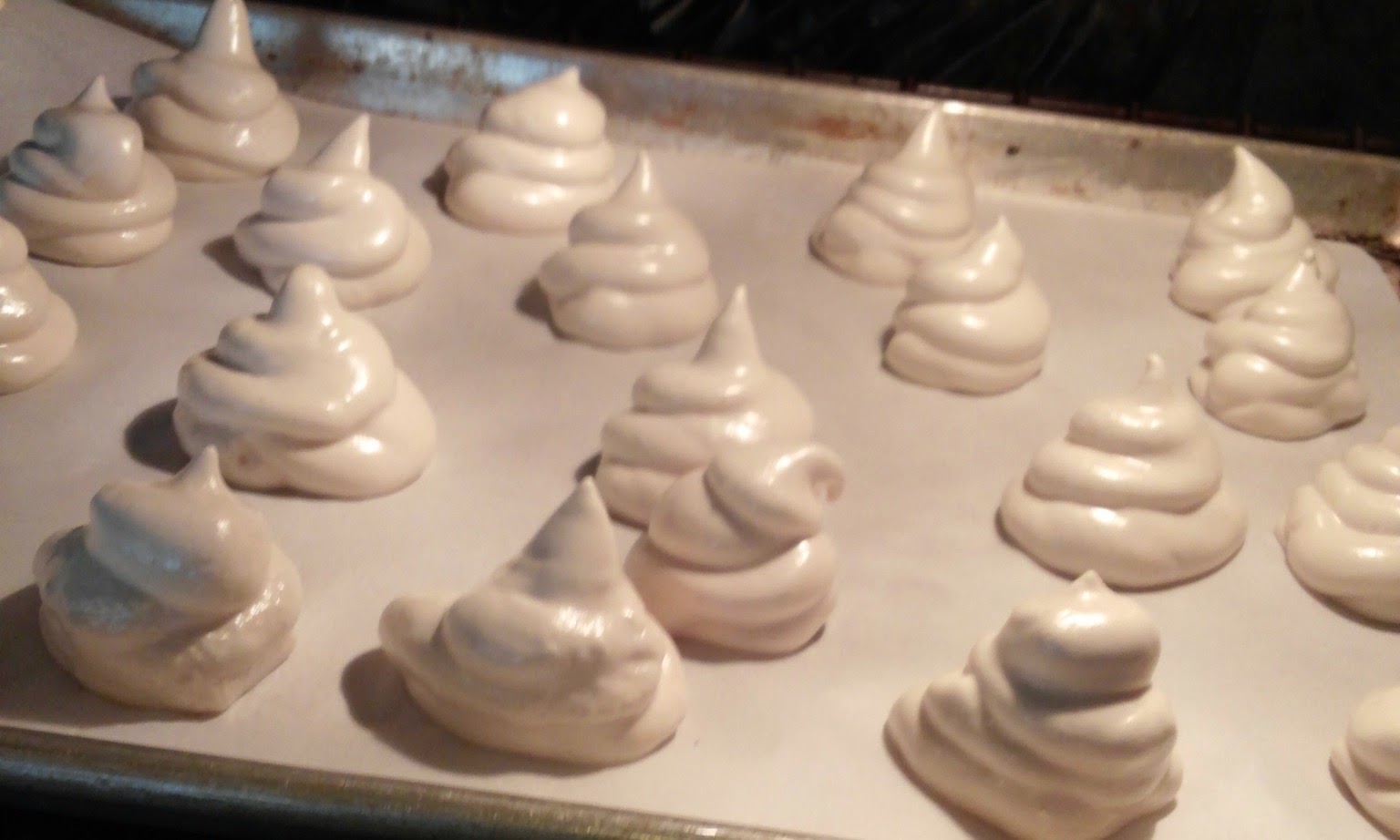 They're in the oven and I've already been asked twice by the kids if they really take two hours to bake. Hopefully, this will turn out well and help teach the kids patience and that paleo desserts can be good. With the kids on spring break, they usually turn their idleness into cookie baking. Like octupling  the cookie recipe.  Maybe my treats can satisfy them for a bit.

Heather kept thinking I was making French macarons with all the egg white beating I was doing.  Those take a little more work, but I might try this recipe sometime when I'm feeling a little more ambitious in my cooking!

So there's still an hour to go on the meringues. I think I'm going to go drizzle chocolate on the coconut macaroons!  I hope you had a good weekend!