Week 4 (I'm behind in posting) of the 30 day Paleo challenge started with the SuperBowl and my birthday.  But I kept to the strict paleo with a great mix of paleo and non-paleo appetizers for our SuperBowl watching party.  Kale chips and beet and sweet potato chips and guacamole make me happy. I made some non-paleo things to keep the kids happy too, pizza pillows and I tried my hand at twice baked potatoes. 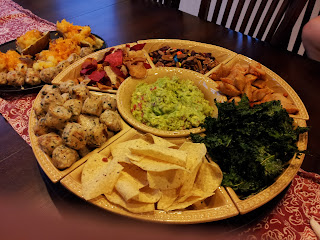 I got these wonderful chocolate paleo cupcakes with my birthday dinner.  They were a great treat and I'm grateful that my wife went out of her way to make something paleo compliant.  Strict paleo is a bit more complicated to eat, since you're being strict. Duh. 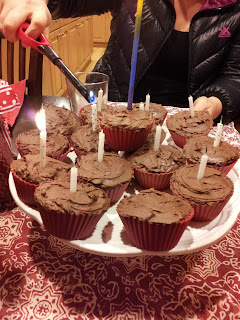 During Week 4, I decided to join Ash and some of his friends on a strict paleo challenge from the Super Bowl through March Madness.  I had done 3 weeks already when I made the commitment to join them, so I felt I could go a few more weeks.  But that threw a wrench in the gift from Kid3.  Quite possibly York Peppermint patties are one of my most favorite candies and most definitely not paleo.  They're sitting on my desk waiting for these challenges to end, and then I'll dole them out slowly. 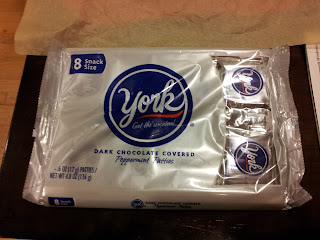 Week 3 of my paleo challenge ended with the first Beer Thursday for my team at work. And then it started to recur. There have been some good beers brought in. When I'm done with the Super Madness CrossFit Paleo challenge, this will be a cheat night for sure. At least just a little taste. 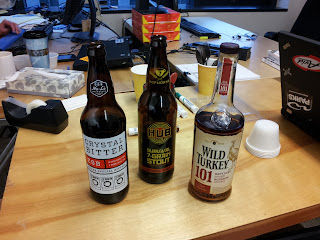 I enjoyed my free birthday coffee from Starbucks, a Maui Mokka reserve.  It was made on the Clover machine and was quite a nice cup of coffee. It was priced at over $4 (so it had better had been good), but I'm not sure I'm willing to pay that price myself. 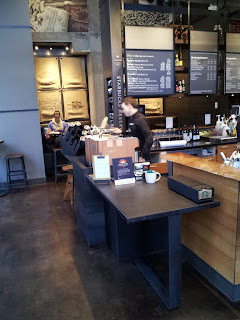 So, Week 4 ended with a few days left of my original paleo challenge and me starting a new one.  At this point, its getting routine to eat this way, but sometime in March there is going to be some beer and pizza for sure!
Posted by Beau at 8:46 PM No comments: