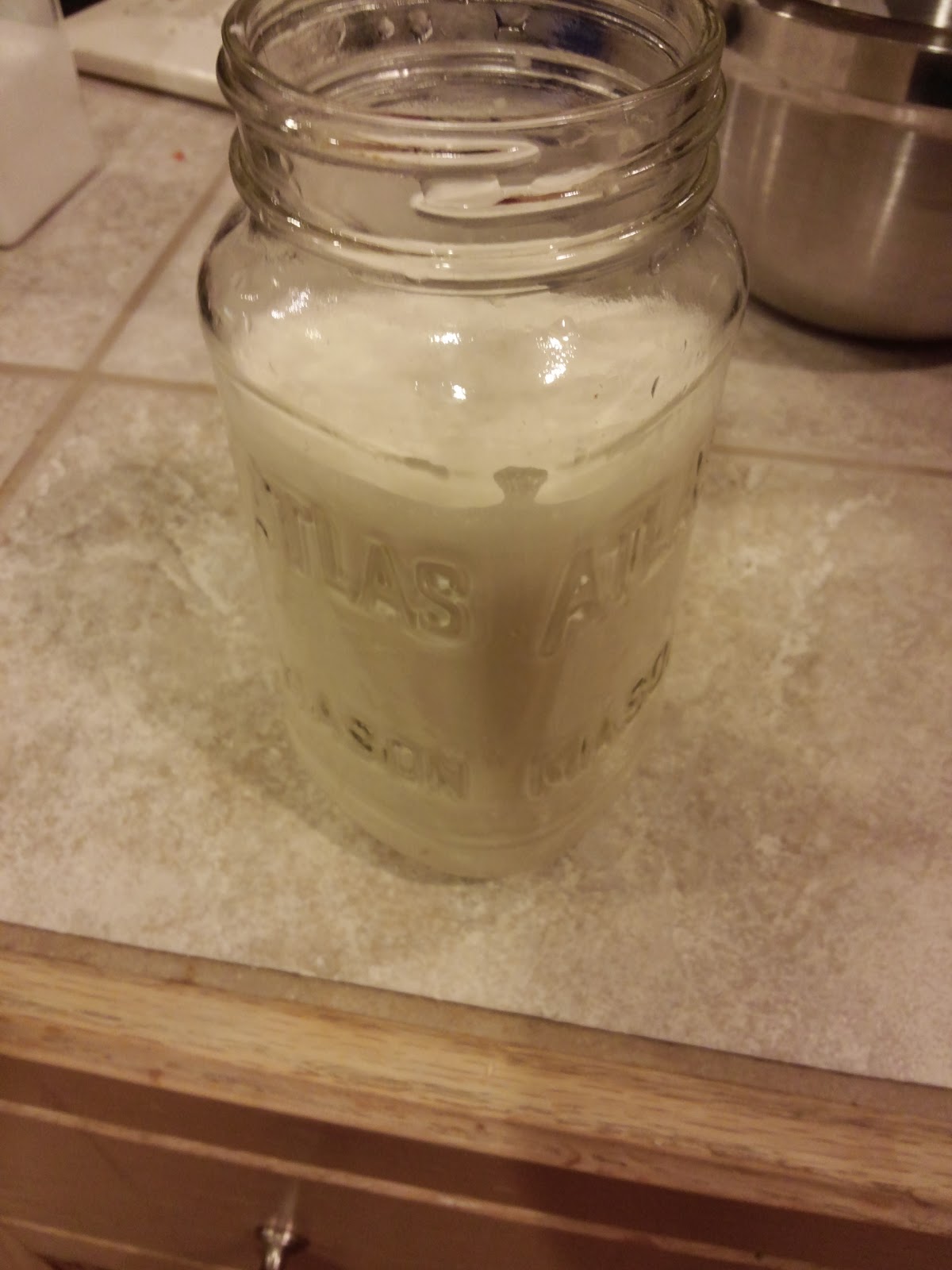 A few weeks ago, I saw a picture on Instagram of cold brew coffee and homemade almond milk. I wish I remembered exactly which picture, but it was a beautiful picture and really made me want to drink it.  It was also in the middle of the Whole Life Challenge and I'd drank nothing water, coffee and the occasional tea for about 4 weeks, so that added to the temptation. And it must have been quite a good picture, because it was pretty cold here in Seattle.

So, for the next few days, my Google searches were about how to make almond milk.  It is surprisingly easy!  And aside from some inactive soaking time, it is really quick. 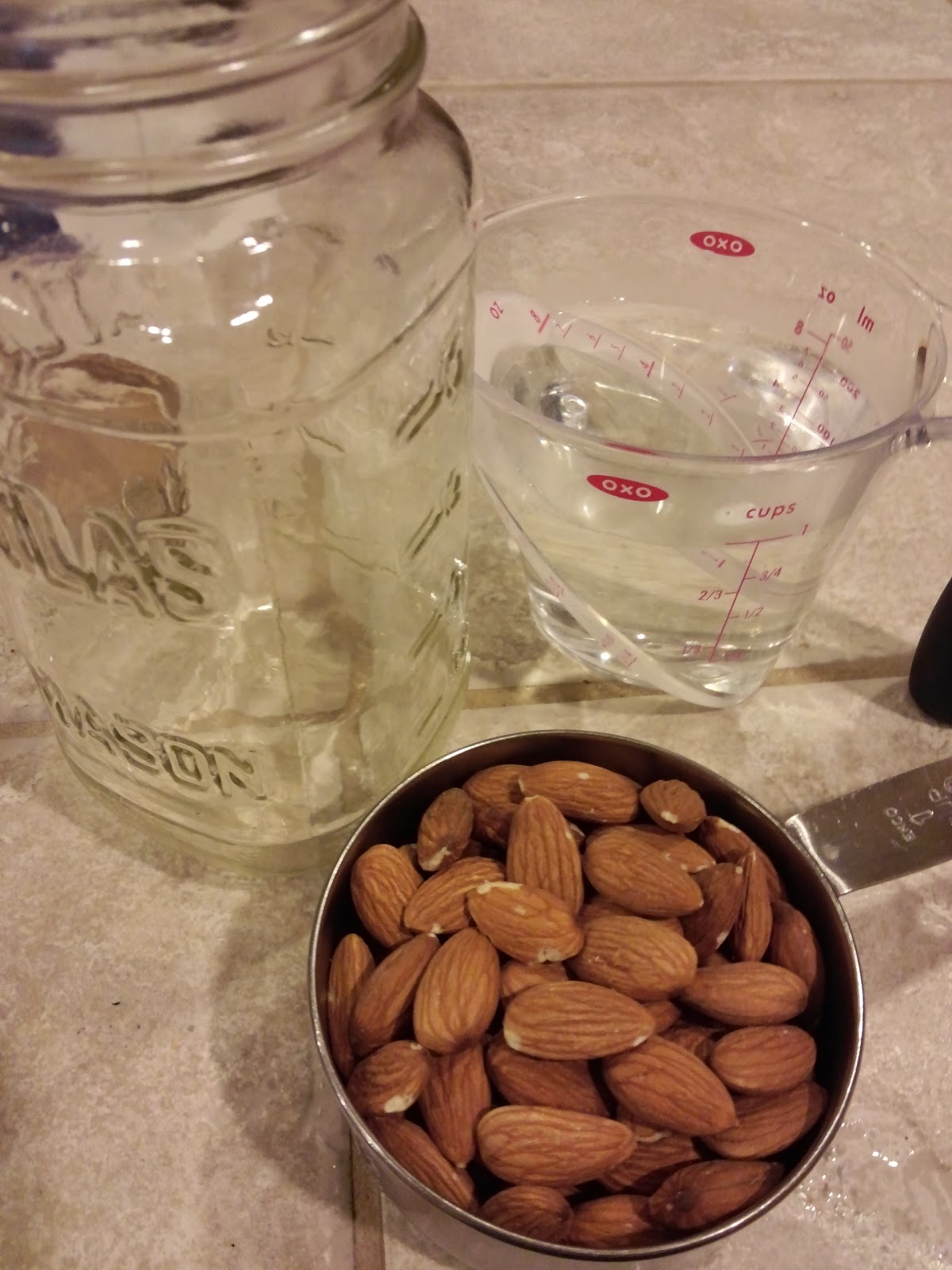 All you need is a nut milk bag, available on Amazon for $7-10 and something to soak the nuts in.  It's basically a really fine mesh filter bag.

There are lots of almond milk recipes on the internet; they seem to vary in how much water you add to the nut milk after soaking and what kind of sweetener if any.  My wife's aunt changes out the water while the nuts are soaking. Some people use a food processor and some use a blender. But basically, its the same.

I've only tried sweetening my almond milk with honey and stevia and though I'm not a fan of stevia, the stevia was a better choice. But most of it, I drank unsweetened. It was nice to bring a small container to work and have that with my breakfast.

But best of all, its clean - no fake stuff, no chemical additives. Just nuts and water. Because it doesn't have the additives, it needs to be shaken before drinking and might not be as thick as commercial almond milk.  On my next batch, I'm going to try to add some coconut milk. It might add some sweetness and give it a thicker mouth feel. 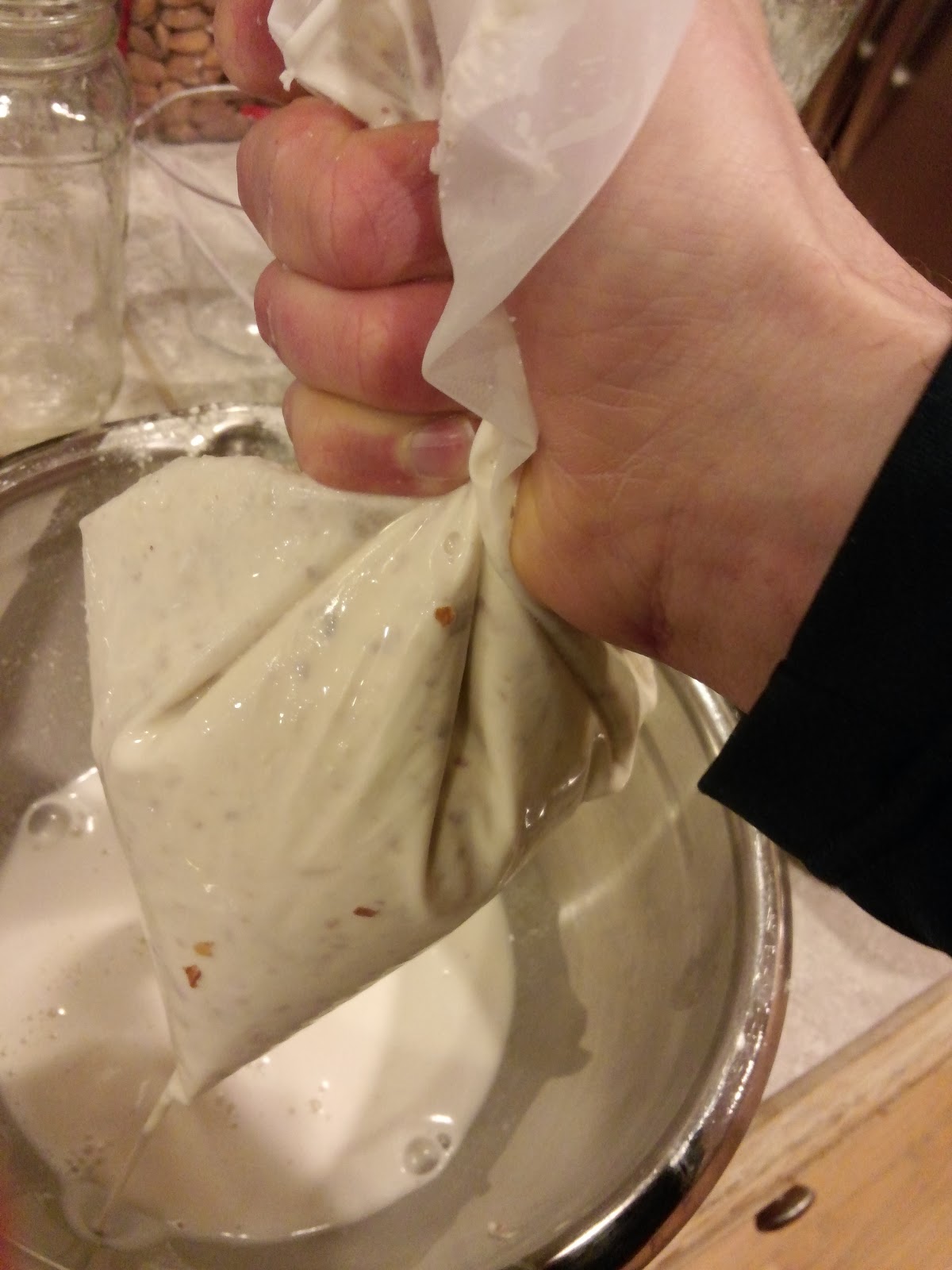 On the downside, its not cheaper than the commercial stuff, at least for me to make it. With my nut supply and water ratio, it costs me about double what I can pay in the grocery store.  I get just over a pint with 1 cup of nuts and I don't have a cheaper nut supply than Costco. My wife's aunt, she has almond trees in her yard. It'll be pretty low cost for her. This is the trade off for eating clean though. Having raw nuts does give you some flexibility though, I was roasting nuts with all kinds of different seasonings and making milk. You can't do that with your container of roasted nuts!

Ingredients
1 cup raw almonds
water to cover nuts while soaking
2 cups water for blending
Something to sweeten the milk, optional. This could be stevia, honey, maple syrup, vanilla extract or ...