Get a good night's sleep with Evernote

Evernote, the note taking, help you remember everything app, can help you get a good night's sleep. I'm not talking about cuddling with a green elephant, though I did  have a stuffed elephant when I was a kid. Last night, I had the worst sleep in a long time, and I've got data to prove it.  It was hot, one of the dogs woke me up to let it outside and most importantly, I had all kinds of ideas bouncing through my head.

Over the last few weeks, I've been working on some coding projects and have made some significant progress. I've been learning OOP, MVC and the Laravel framework, writing APIs and using github [note: this post isn't that geeky, so don't worry about the alphabet soup, just know that I was satisfying my intellectual curiosity]. I also started working on a web application for my wife and last night, I got the core functionality working. But it was about 10 PM when I got it to that state. 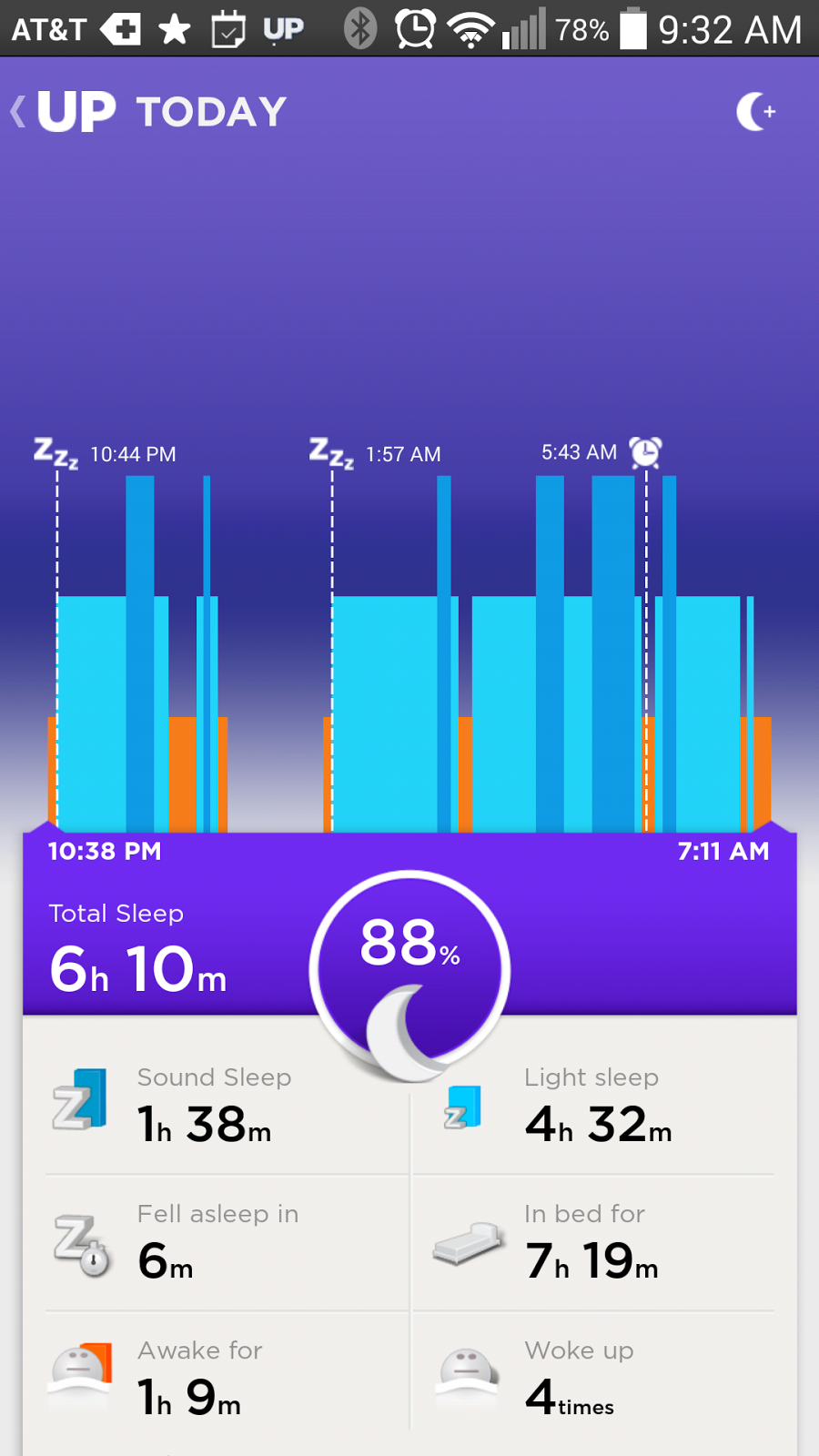 As I lay in bed, tossing because I was hot, getting tangled in the sheet that was sometimes keeping me too warm, thoughts of what I would do next with the application kept me awake. I would write this function, move some process from the controller to the model... Once I did that, I'd be set up to learn about job queues, something I know nothing about. Then I realized that I needed to add a few fields for some better status tracking.

As you can see, my UP24 decided, rightly so, that I was no longer sleeping!  Finally, there was a enough of a break in my coding thoughts that made me realize, I need to get this out of my head!

It was a big DUH moment. Getting stuff out of your head is the big concept behind Getting Things Done, which drives my productivity. Allowing those thoughts to just flow by and not chase them helps you be in the moment, a mindful concept. And my particular moment was supposed to be about sleeping, not the code I was going to write tomorrow, if I could remember it all.

My smartphone was charging on my bedside stand, face down, so the indicator lights wouldn't disturb me. I rolled over, untangling my legs from the twisted sheet and opened up Evernote. And started taking notes. And let me tell you, they're good notes. They're detailed ideas, even using some of the correct PHP syntax! I might have even sequenced them in the right order, too!

What was even cooler than that, was as soon as I had written them all down, my mind was blank and I started to doze off. Only to be woken by the dog barking again. I'm not sure Evernote can help with that though.
Posted by Beau at 10:27 AM