Saturday, Macy's in Alderwood Mall hosted the Culinary Council's Grilling Guru's semi-finals. Three west coast home cooks brought their grilling best and were judged by local chef Tom Douglas.  I had front row seats to watch the grilling, taste the dishes and even get samples cooked by Tom Douglas himself! 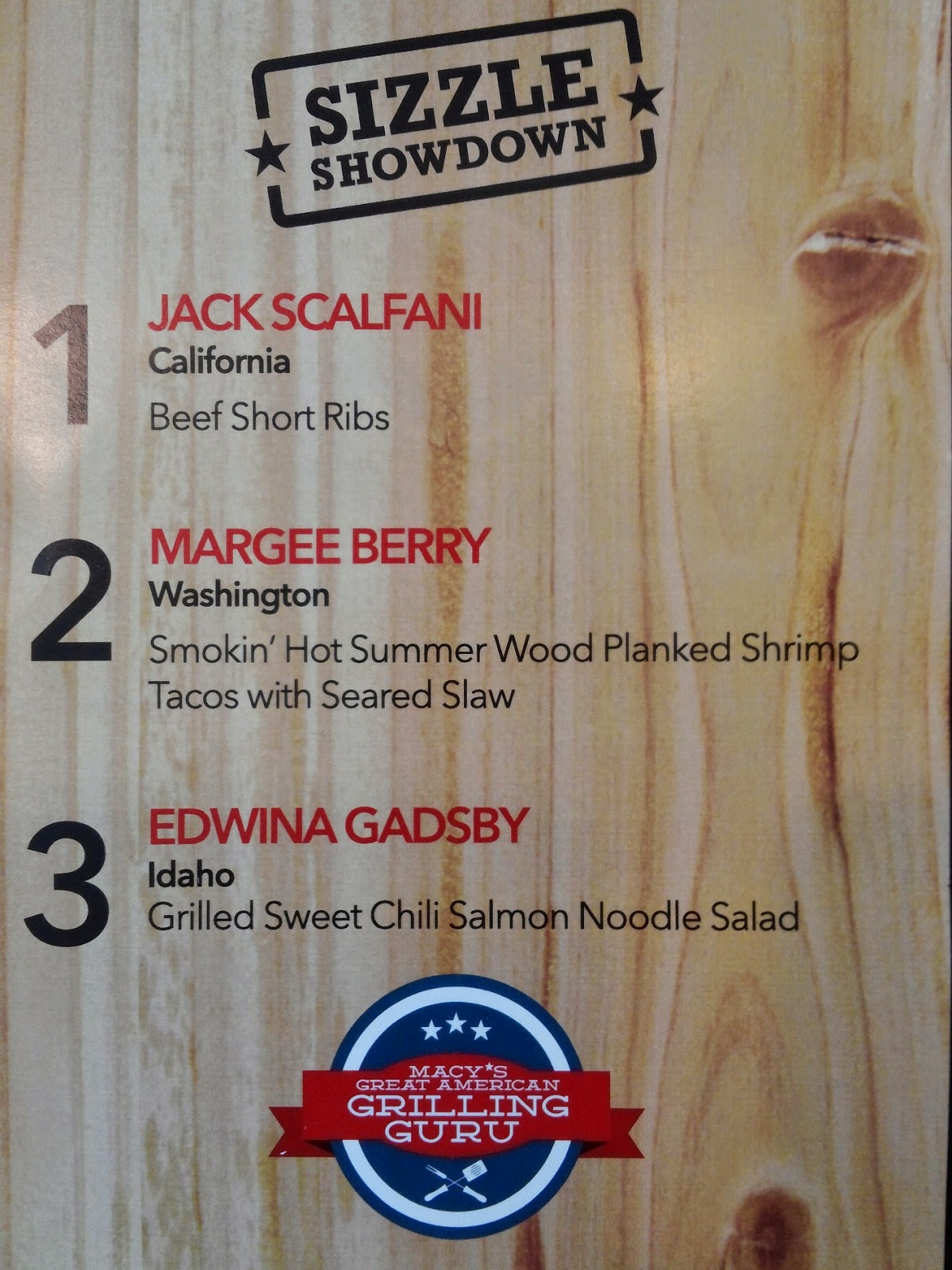 The Culinary Council is comprised of some of the nations culinary masters. Tom Douglas represents Seattle and the Northwest, with the aim of teaching Macy's customers to cook and shop like master chefs. I like this way of thinking and I try to embody that in all of my cooking endeavors.

The Northwest Region was represented by three grilling gurus, Jack Scalfani from California, Margee Berry from Washington and Edwina Gadsby from Idaho. Jack hosts a popular YouTube channel, Cooking With Jack. His rib recipe and techniques were passed down from his Mom.  Margee has been competing in food cook offs for over thirty years and her shrimp taco recipe was her own invention. Edwina has gone head to head with Margee several times over the years and taste tests her recipes on her husband and the bad ones end up on the dog's plate. Good recipe or not, they're both lucky guys.  The winning recipe is posted at the end...

The competitors had 1 hour to grill their dishes for Tom Douglas and with a '3, 2, 1 Go!' they were off. The grills were hot, the sun was hot, but none of the cooks showed any nervousness. To keep the audience entertained while the grilling was going on, KOMO 4's Seth Wayne hosted giveaways of The Dahila Bakery Cookbook and Q&A's with Tom Douglas. 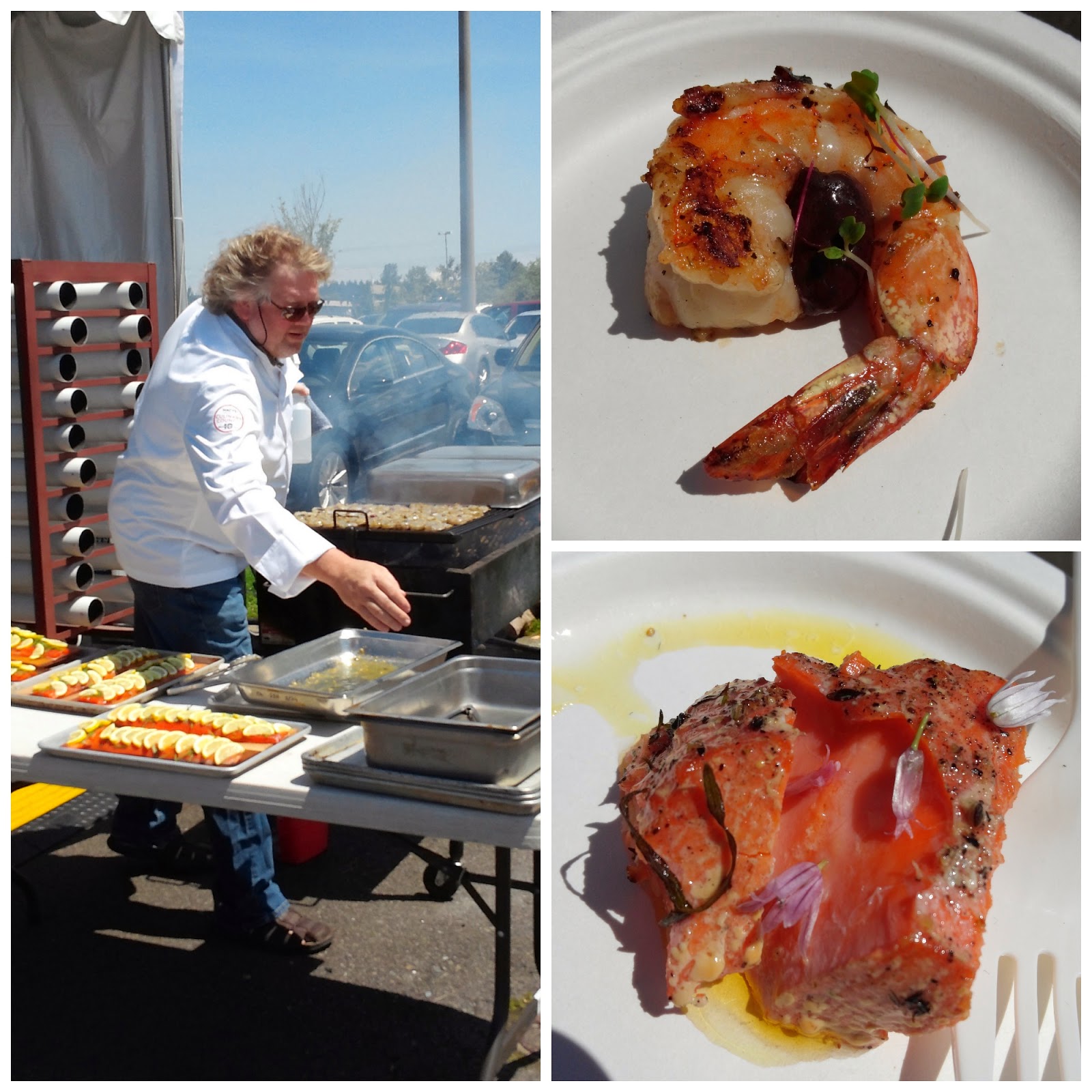 While watching the competitors cooking, Tom and his crew whetted our appetites with some of his grilling. A big gulf shrimp with a kalamata olive and some beautiful planked salmon kept the audience at bay when the wind shifted just a bit and we could smell the deliciousness from the grills.

Tom didn't fail to entertain either. In his usual funny fashion, he joked about how far north he was from his South Lake Union restaurant domain saying, "I'm so far North, I might as well be in Canada!"  In addition to his funny commentary, he shared some valuable and interesting cooking tips.

I've made milk shakes from avocados, but I'd never thought of grilling them. The soft texture doesn't seem like it would take to grilling well. It even got a rise from my Twitter followers.

It's worth giving it a try, especially since many of the avocados we buy need some additional time to ripen.

The competitors all finished before the allotted time and plated their food for Tom.  It seemed like the Jack's ribs were going to win, but the perfectly cooked salmon for the noodle salad was the ultimate winner. I'll agree, grilling salmon is a little bit on the challenging side, getting it to that just cooked all the way through, still slightly translucent in the center, Edwina nailed it. 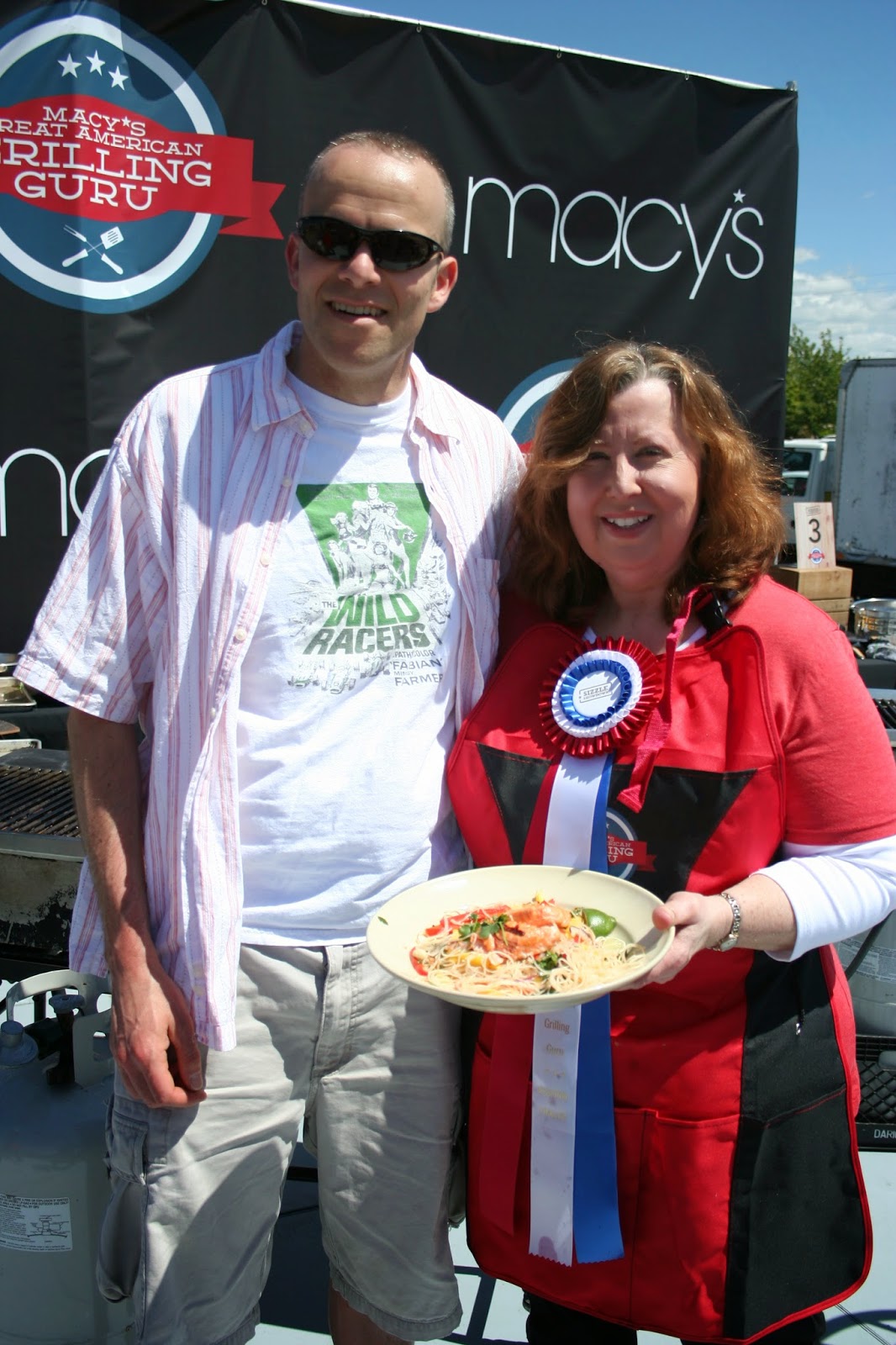 There were five other semi-final events like this taking place across the United States. As the Northwest's winner, Edwina is on her way to New York City, to compete in the Culinary Council's Sizzle Showdown on June 28th. She'll be judged by Chefs Johnny Iuzzuni and Todd English, competing for a $10,000 Grand Prize.  Wish her luck! 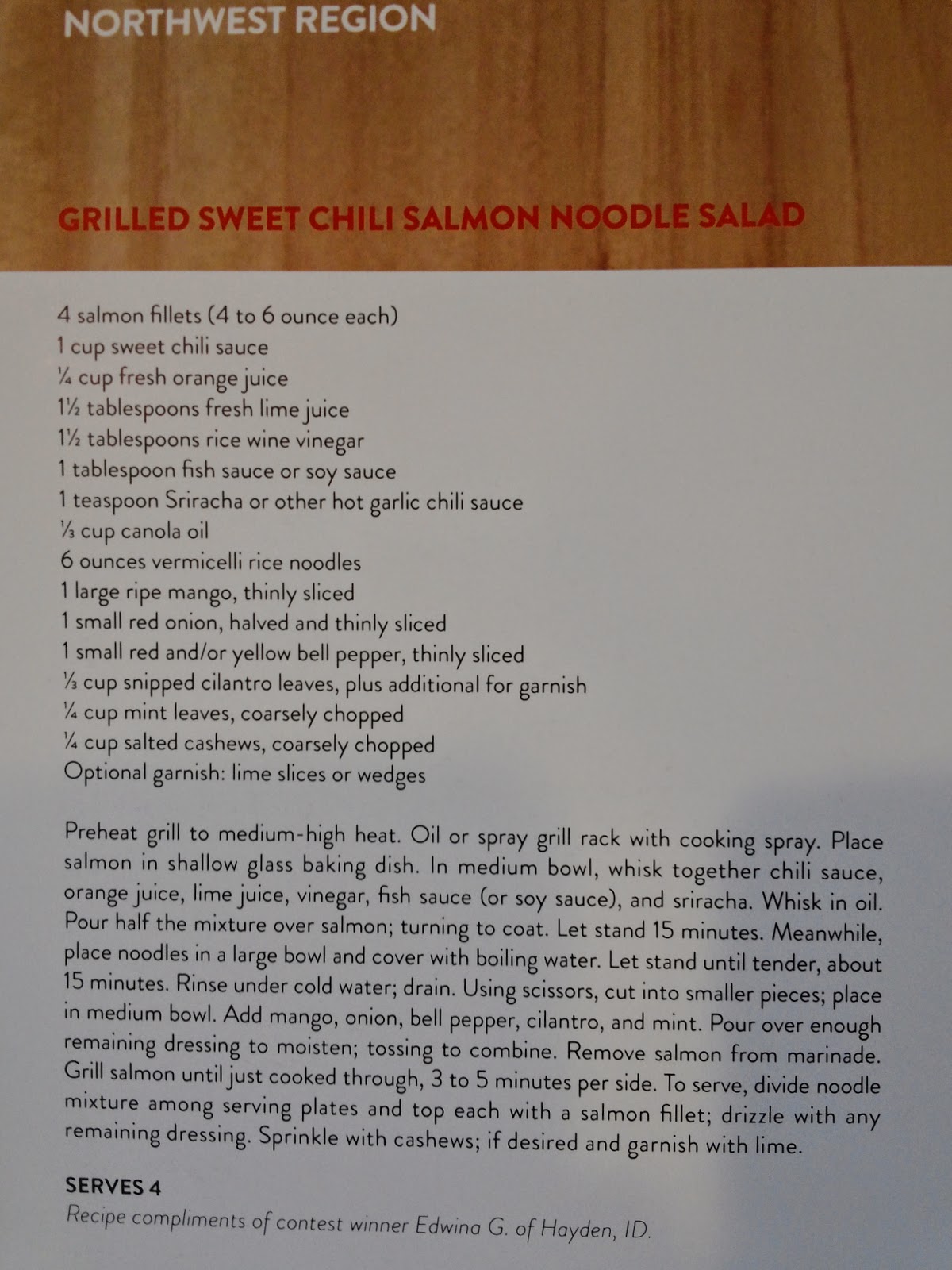 Disclaimer: I am a member of the Everywhere Society and Everywhere has provided me with compensation for this post about Macy’s Culinary Council. However, all thoughts and opinions expressed herein are my own.