The week before last, was a strange one. Several of the interactions I had or observed had weird role reversals. 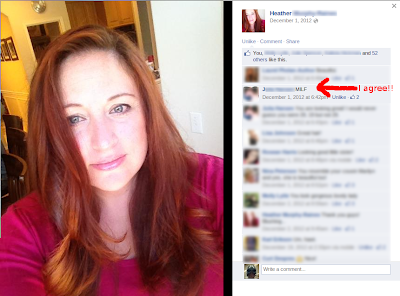 The kids and my wife went thrift shopping and somehow my wife convinced my oldest to dress up and take some pictures.  He's looking pretty fly, no?  Well, it seems that a self-identified adult lesbian thought so too (in a non-creepy way).

I've been eating paleo for a while and my breakfasts have been grilled chicken tenders, bacon and avocado. It's great, I can grill them at home for the week and bring it into the office and re-warm in the microwave and chop avocado there.  Hot breakfast, great, healthy paleo food can't be beat.  So, it turns out that a vegetarian co-worker said, while being serious, "Looks like a healthy breakfast!" It was like 80% meat!

Lot's of role reversals here, but there wasn't a full moon. What do you think was going on?
Posted by Beau at 9:34 AM